This afternoon the DVSA has finally made an updated announcement regarding theory tests. Theory tests have been back up and running for a few weeks now, but there was some uncertainty for those people who’s theory test has expired during lockdown or is due to expire in the coming months. Unfortunately, the DVSA have announced that there will be no extension to driving theory test!

What does this mean if you had a driving test cancelled during lockdown?

The bad news here is that your test fee will be refunded, you will have to pass your theory test again, and then reapply to take your driving test. Obviously this is very disappointing for those affected after it was hoped some form of extension would be granted. If you have been affected by this and need to retake and need some help revising for your theory test, then please send an email to dave@driveahead.co.uk and we’ll get you setup on Theory Test Pro free of charge to assist you in your studies.

What’s happening with the driving test?

Driving tests officially started again yesterday (22nd July 2020) which is good news. Unfortunately it seems the DVSA are being very slow at contacting pupils who had tests cancelled although it is happening. They are contacting pupils in the order that their test were cancelled, so if you had a test at the end of March then you can hope to hear from them soon. If your test was in April or May then we anticipate you’ve got a bit of a wait until they get in touch with you yet. You don’t need to take any action, they will contact you, just keep an eye out in your email and spam box over the coming weeks.

After 4 months of cancelled tests there is a considerate backlog to get through. Rightly so, the priority is going to those who had their tests cancelled. Unfortunately this means that you’re going to have to wait a while to book your test if you didn’t have one booked.

As always, as soon as there’s any further developments we’ll let you know!

When the country first went into lockdown back in March, the DVSA rescheduled every upcoming test that was booked. Initially some of these were booked for May and June, but as the length of the lockdown increased these tests were again rescheduled for later in the year.

So what’s the latest?

Once the DVSA have decided on when tests will resume and what the availability will be, they will then invite the candidates who have had tests cancelled to rebook. This will be done in small batches to avoid overloading the system. When all of these candidates have rebooked their test the system will then be opened up to the general public to book their driving test. At the moment we have no further information as to when tests will begin again.

What if I’m a critical worker?

Critical/key worker tests will still go ahead as planned. If you are classed as a critical worker you can still make an application for a test by visiting https://www.gov.uk/apply-emergency-driving-test

At present theory tests are suspended until the 3rd July 2020. The DVSA have been postponing the theory test by just a week or two at a time so this date may change. If you have a theory test booked before this date then the DVSA will contact you directly to rearrange. The DVSA is still taking theory test bookings which you can do at www.gov.uk/book-theory-test.

What about driving lessons?

We hope you and your family are all staying safe during this time, and we know it’s frustrating for those who want to have lessons and get their driving licence. At the moment the only people that are allowed to take driving lessons are critical workers who already have an emergency test booked. Anyone else is not permitted to take a driving lesson with an instructor. There is no guidance yet as to when lessons may resume, we will update you again when we no more. We appreciate your patience during this time and as soon as it’s safe to do we’ll be back on the road!

Congratulations to everyone who passed their driving test with Drive Ahead throughout January 2014! If you’d like to take driving lessons with one of our driving instructors then give us a call today on 01782 906010 or why not book online. We cover Stoke on Trent, Newcastle under Lyme, and we’ll soon be covering Stafford as well.

2nd January 2014 – Jordan Broadhead – The new year kicked off to a great start when Jordan passed his driving test at Newcastle driving test centre with our instructor Mark Lawton. 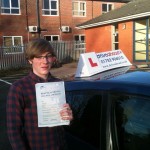 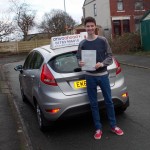 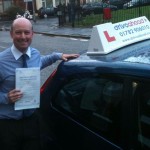 7th January 2014 – Tom Kendrick – Tom took his test in Newcastle, and ended off a great week for our driving instructor Mark Lawton who recorded 3 passes in the first week of 2014! Great results all round – Well done! 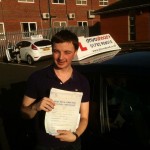 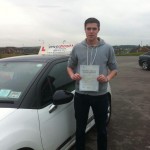 13th January 2014 – Mohsina Tariq – Mohsina passed first time at the Cobridge (Stoke on Trent) test centre. Mohsina was the 4th member of her family to have passed with Drive Ahead, following in the footsteps of her parents and her older brother. 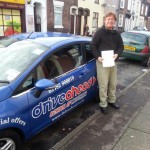 16th January 2014 – Sabrina Arif – Sabrina follows in the footsteps (or should I say tyre tracks) of her sister Sobia who also passed with Drive Ahead last year. Sabrina passed at Newcastle after taking lessons with our driving instructor Dave Shannon 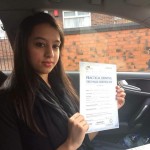 16th January 2014 – Nazeela Omar – 2nd pass in the same day with our instructor Dave Shannon. Nazeela joined Drive Ahead after her brother in law passed first time with us in 2013. 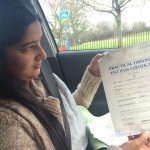 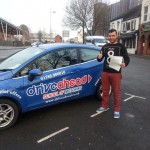 24th January 2014 – Matt – Yet another pass with Mark Lawton, his pupils just can’t stop passing this month. Well done to Matt who passed at Newcastle 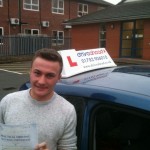 31st January 2014 – Samantha Wright – A great end to the month with our 14th pass in January. Samanatha passed with our driving instructor John in Newcastle under Lyme.

Yet again, another fantastic month with over 20 new learners starting their driving lessons throughout the Stoke on Trent and Newcastle area with Drive Ahead, and a terrific 14 people have now gained their independence by passing their driving tests! 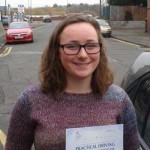 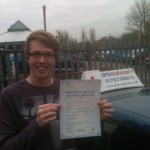 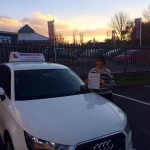 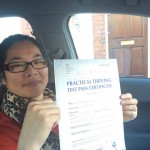 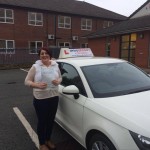 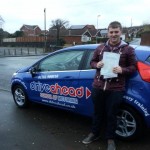 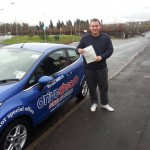